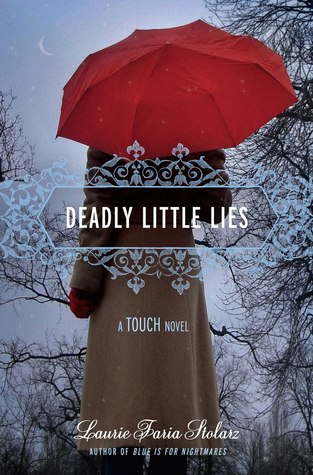 ISBN: 9781423111450
Pages: 288
Description: Last fall, sixteen-year-old Camelia fell for Ben, a new boy at school who had a very mysterious gift – psychometry, the ability to sense the future through touch. But just as Camelia and Ben’s romance began to heat up, he abruptly left town. Brokenhearted, Camelia has spent the last few months studying everything she can about psychometry and experiencing strange brushes with premonition. Camelia wonders if Ben’s abilities have somehow been transferred to her.